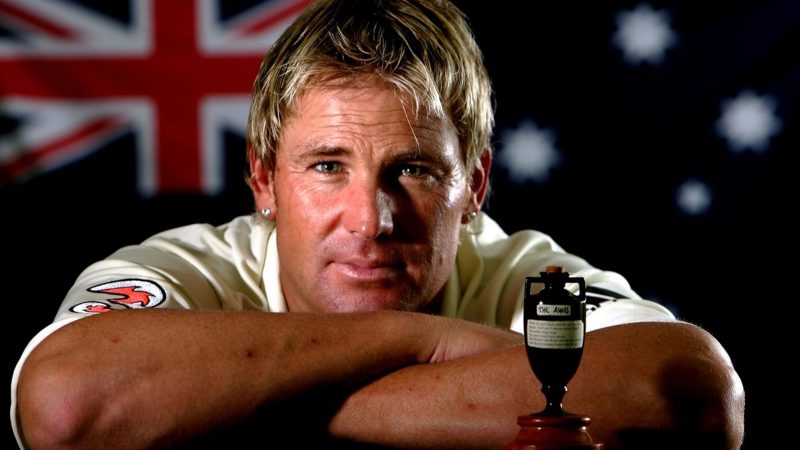 Drought, fire, pandemic, floods, war and now the premature death of an Australian sporting icon. What’s next? Shane Warne was a flawed individual who polarised opinion. But in this edition of Insights, financial journalist author Robin Powell, explores some of the more positive aspects of his character and suggests there are important lessons investors can learn from him.

It never rains but it pours. No, I’m not referring to the unfolding catastrophe in flood affected Queensland and New South Wales. Not specifically anyway. I mean the news generally. The invasion of Ukraine. Rising tensions with China. The threat of nuclear war. An energy crisis. Soaring inflation. And the tragically early passing of a national sporting icon.

2022 was supposed to be the year that life returned to normal post-pandemic. But it hasn’t got off to the best of starts. And to compound people’s miseries, stock markets have fallen around the world, as fears grow of a prolonged economic downturn.

It is, of course, perfectly natural to feel anxious when bad news is followed by more bad news. 200,000 years of evolution have made the human brain highly sensitive to perceived threats. But worrying about events and, worse still, ruminating on the possible consequences, can be a waste of time and energy.

I recently watched Shane, a new Amazon documentary about the late Shane Warne. He did of course have many faults, but I nevertheless found it an inspiring film. What’s more, I couldn’t help thinking, there are important lessons this extraordinary sportsman can teach investors, especially in testing times like these. Here are five such lessons that come to mind.

That might sound like a quote from Warren Buffett, but it’s actually from Shane Warne in Shane. Of course, luck plays a part in both cricket and investing — the marginal umpiring decision that does or doesn’t go your way, for example, or investing your annual bonus the day before markets rise or fall sharply. What matters far more in the long run, though, is your attitude, and personal qualities such as courage, discipline and mental strength.

For investors, that might mean sticking to the plan when your mates at the pub choose to follow the latest “hot” investment trend, or staying calm when others are panicking about markets going down. You either have the right attitude or you don’t.

2.  Turn adversity to your advantage

He might be one of the greatest cricketers of all time, but throughout his life Warne suffered huge setbacks. He was gutted, for example, when he failed to make the grade as an Australian rules footballer. But he channeled that frustration and disappointment into making himself a better cricketer.

Another story he tells in the documentary is of a freak accident he suffered in kindergarten, when a child jumped on his back and broke both his legs. “So my dad made me a trolley,” he explains. “I had to use my hands to get around for a good six months. I think it helped me to strengthen those wrists at a young age, because in leg spin bowling you do use your wrist at everything.”

It’s the same with investing. Crashes and corrections are inevitable, and there’s nothing you can do to prevent them. What you can control is how you respond to them. You can choose to treat them as a learning experience. You can also see them as an opportunity to rebalance your portfolio and perhaps to buy more stocks at lower prices.

Whatever sport it is, the top players know how to focus on the present moment. Tennis coaches talk about “playing for the next point”; golfers are taught to focus on their breathing, the ball and the target, to stop their minds drifting.

In Shane, Warne describes his total concentration before bowling “the ball of the century” at Old Trafford in 1993 — his first ball in an Ashes Test — to remove the England batsman Mike Gatting.  “My thought process,” he recalls, “was to spin the ball as far as you possibly can and send a message that this guy can spin it.”

Investors are often prone to letting their minds wander. They focus on the past (for example, “If only I’d bought or sold this stock or fund then”), or on the future (eg “When the market falls or rises I’m going to do this or that”), when they really need to stay in the moment. The past is the past, and the future is unknowable, so focus on the here and now.

Cricketers and investors alike contend with constant noise. The sledging that goes on in Test cricket is notorious, and Shane Warne liked to mete it out as much as anyone. But he refused to let sledging from opponents affect his own performance.

It was the same with the crowd. In the program, Warne recalls the abuse he received from England supporters in the Ashes series of 2005 over problems in his private life. “If I let (that) affect me,” he says, “I’d be in a straitjacket in a padded cell… I could block things out. That’s how driven I was. That’s what made me tick.”

The noise surrounding investing is not dissimilar. There’s always someone expressing their opinion on what you should be doing. But, so long as you have a plan, based on evidence rather than speculation, then generally the best thing to do, almost invariably, is simply stick with that plan.

5.  Learn from your mistakes

The fifth and final lesson applies to life in general, and not just investing. Shane Warne was a flawed genius. He made some big mistakes, and yet he always seemed to learn from them. In 2003, for example, he was banned from cricket for a year after failing a drug test, but he came back stronger than before.

He clearly regretted the pain that his utter dedication to cricket and his marital infidelity inflicted on those he loved. But what also comes across strongly in the film is his determination to put things right and make it up to his children once his playing days were over.

No one is perfect, and every investor makes mistakes; I’m not going to list mine here. The important thing is to learn from those mistakes and to avoid repeating them.

Shane Keith Warne was the ultimate bloke’s bloke. He famously loved his booze and fags, pie and chips, and loud music, and he clearly knew how to enjoy himself. But he also discovered, before the end of his short life, what really was important. I’m certainly not the only Pom who will miss him greatly.

Robin Powell, author, journalist, editor of the investing and personal finance blog, ‘The Evidence-Based Investor’, and consultant to Minchin Moore

With the Ukraine crisis unfolding, markets are gyrating as, each day, they try to incorporate the new news and expectations into stock, commodity and bond prices. In this environment, as markets wobble, its easy to feel anxious, and feel like you need to do “something”. And yet, paradoxically, sometimes the best thing to do is nothing at all.