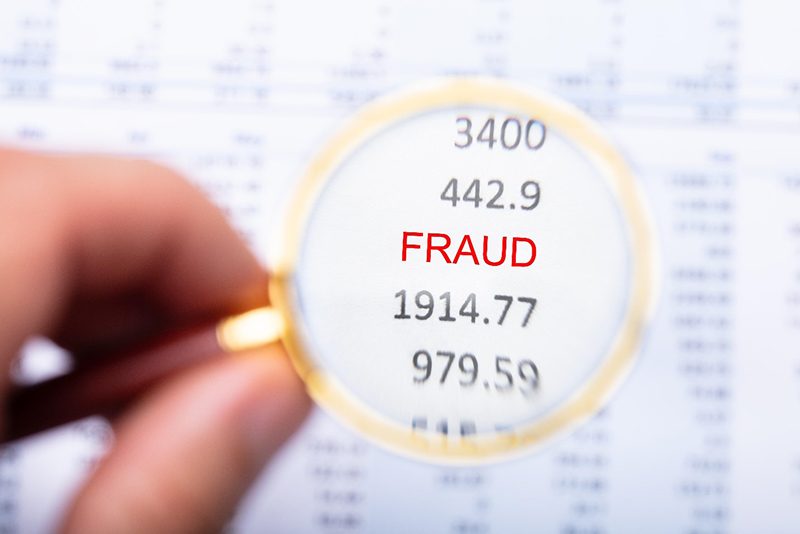 The story of a woman who stole some $30 million from friends and family while posing as a financial planner and then mysteriously disappeared is the subject of Australia’s most popular podcast. It is also an object lesson in what investors should look out for in spotting a fraud.

Melissa Caddick was nothing if not confident. The 49-year-old Sydney fraudster and self-proclaimed “financial adviser” stole $30 million from clients, many of them close family and friends, in a classic Ponzi scheme.

Caddick deposited clients’ money in 37 different accounts, all of which she was a prime signatory to, and then fabricated portfolio statements to convince her unwitting victims that they were making stellar returns.

For eight years, Caddick, a fraudster with bogus qualifications and a fake financial services licence, lived a life of luxury with her hairdresser husband — living in a Sydney mansion, skiing in Aspen, driving sports cars and wearing designer clothes and jewellery.

But just as the law finally caught up with her, she mysteriously disappeared. A day after a raid on her home by the Australian Federal Police, Caddick was overheard by her son leaving the family home at 5am, ostensibly for her morning run. Months later, evidence of her remains washed up on a south coast beach in New South Wales.

The Caddick case has excited the public imagination, leading to a highly successful podcast, Liar Liar by the journalist who uncovered the case and a lurid and sensational TV drama, Underbelly: Vanishing Act.

Despite the police evidence to the contrary, there remain wild conspiracy theories about Caddick’s disappearance, including that she paid for expensive cosmetic surgery and fled the country with a false passport.

But putting aside the colourful tabloid details, the case has provided a useful reminder to investors about what to watch out for when promised the world by someone claiming to be a financial planner.

Lessons from the Caddick Case

1. Check the licence — In Australia, as in other major jurisdictions, anyone who gives financial advice must have an Australian financial services licence or be authorised by a company that has a licence. Australian’s corporate regulator found Caddick had no licence and was not registered as having one. This is simple to check.

2. Emotional tricks — Caddick used the classic trick of playing hard to get. Some referred to her would often be told she already had a full book and could not take on new clients. A week or too later, she would come back saying a vacancy had suddenly come up. The new client would be made to feel honoured and privileged.

4. No custodial arrangements — Perhaps most important of all – if you are depositing your directly into a portfolio account controlled by the adviser (ie the adviser is signatory to the account), you have no protection from theft. This is how the notorious US fraudster Bernie Madoff (and Caddick) operated, by controlling custody. You should only invest where the adviser uses an independent, third party, established custodian to hold your funds.

5. A single solution for everything — Caddick showed little interest in the nuances of each client’s needs. Her advice was always the same. The client would hold up to a maximum of 10 stocks listed on the Australian Stock Exchange. Caddick would retain up to 50% autonomy on the portfolio (funds typically held in cash but at her disposal), so as not to miss “opportunities”.

6. Unrealistic returns — People like Caddick and Madoff succeed by playing on greed. Portfolio “returns” that are significantly positive year after year should trigger alarm bells. In truth, stock market returns are irregular and no adviser, no matter how clever, will avoid the downturns. Moreover, advisers who promise they can make you money regardless of the direction of markets, should also sound a warning.

7. A lavish lifestyle — Clients stung by Caddick now say they had a gut feeling that something wasn’t right. She would spend much of her time holidaying in Europe or skiing at Aspen. She lived in a $6 million house in one of the most prestigious suburbs in Sydney. She shopped at Dior and Louis Vuitton. But somehow, they convinced themselves that this was because she was a good stock picker.

8. They get too close — Caddick was keen to be her clients’ best friend and often wheedled herself into their lives, building up confidence to the point the client would overlook clearly fake statements and accounts. “That’s what Melissa was counting on,” one said. “She made it seem disloyal to challenge her.”
The bottom line is that Melissa Caddick was not a financial adviser. She was a sociopathic fraud. She abused the trust of people, including her own parents, to enrich herself and did this shamelessly for nearly a decade until even her elaborate cover-ups could no longer protect her.

Protecting yourself against charlatans of these kind begins with checking their credentials, being wary of high-pressure sales tactics that play on your emotions, and, most of all, resisting claims of high-return-low-risk strategies that pay little attention to your circumstances and goals.

As the old saying says, when you’re dealing with frauds and liars you should listen more to what they don’t say than what they do.

A new book by Andrew Hallam suggests we take some time to reflect on what true wealth is all about. The key, he says, is to find a healthy balance, and to work out what sort of purchases make the biggest contribution to our happiness and wellbeing.