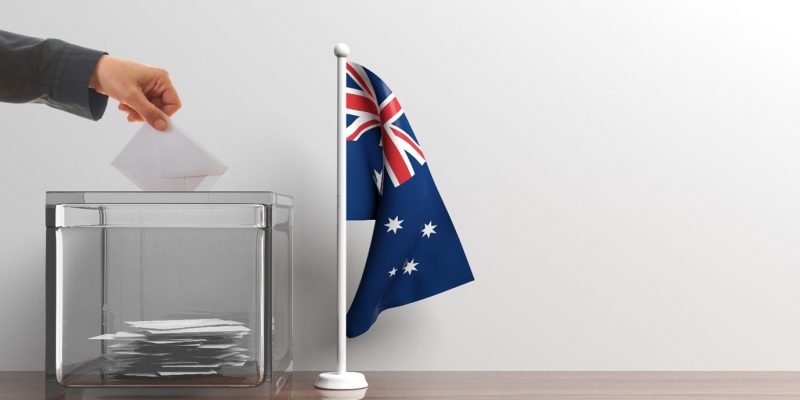 With Australians due to go to the polls on 21st May, that old saying about never bringing up politics at the dinner table perhaps needs to be revisited and extended to not letting how you vote interfere with how you invest.

The Australian election pits a centre-right Liberal-National Coalition government, in power for nearly a decade, against a centre-left Labor Party, as well a rising tide of independents and the Greens.

If you listen to the major party leaders, the fortunes of the economy and markets are hanging on the result. But there really is very little evidence that markets care one way or the other about Australian election outcomes.

Of course, reasonable people can legitimately disagree about particular issues and what the priorities for the country should be. But it can be a mistake to mix your party affiliation and voting intentions with your investment choices.

What difference does it make?

As investment bank UBS pointed out in a research note recently, the economic policy differences between the two major parties are rarely significant, but even less so at this election than in the last election, in May 2019. In that election tax issues dominated the campaign.

Rising inflation is more of an issue this time, but that is a challenge for whomever wins. In any case, the market has already priced in a series of increases in official interest rates, which began this month at the Reserve Bank’s meeting for May.

In his own analysis, economist Shane Oliver of AMP has said there is no clear evidence that election uncertainty affects economic growth in election years. Neither is there any evidence that victory by one major party or the other on its own is better for shares.

While shares have returned 13% per annum under Coalition governments as opposed to 10% under Labor governments, that has to be set against the fact that both the Whitlam government of the 1970s and Rudd/Gillard government of 2007-2013 governed at times of severe downturns in global equity markets, Oliver says.

Ultimately, he says the fortunes of Australia, a small and open economy, are driven by international forces, such as global interest rates, commodity prices and the rise and fall in demand among its major trading partners.

“Once in government, political parties are usually forced to adopt sensible policies if they wish to ensure rising living standards and arguably there has been broad consensus in recent decades regarding key macro-economic fundamentals,” Oliver says. “So ultimately economic and interest rate cycles have a dominant impact on investment markets rather than specific policies under each government.”

The case for a dispassionate eye

The danger of mixing your political opinions with your investments has been pointed out repeatedly by US blogger Barry Ritholtz,who says many pundits give politicians too much credit for economic and market outcomes. They confuse cause and effect and attribute to the actions of individuals what are really larger economic forces.

From Pearl Harbour to the Cuban missile crisis to assassinations, Watergate and Nixon’s resignation and all the way to 9/11 and Trump, markets have ultimately taken most of their long-term direction from corporate earnings, cashflows and valuations.

“When you are in the polling booth, vote however you like,” Ritholtz, a professed independent, has said on many occasions. “But when you are reviewing your investing options, it is best to do so with a cold, dispassionate eye.”

See past the noise

As citizens of a democracy, we all have a genuine interest in election outcomes and a responsibility to exercise our choices.

And there may be genuine differences among the parties on particular issues that influence us one way or another – whether it be about economic management or climate change or health and education or foreign affairs and defence.

But amid the noise of a campaign and the often exaggerated claims of one side or the other, it can be a mistake to let our emotional responses as citizens influence our portfolios. Ultimately, as investors, we need to put aside our ideological biases and think beyond election day.

Professor Richard Taffler from the University of Warwick is an expert on this subject. He says traders and investors typically exhibit behavioural characteristics more commonly associated with gamblers.