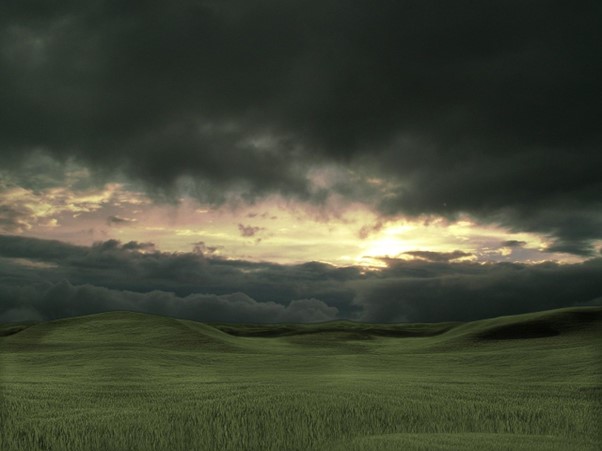 Rampant inflation, rising interest rates, war in Ukraine, Covid in China and falling bond and stock prices… It’s a very volatile time in markets and investors have every reason to be unsettled by global events. And on top of what’s already happening, some market commentators are throwing around the “R” word. You are bound to see and hear the financial media talking about possible recession in coming days and weeks.

But what is a recession, and as investors what can we do about it? We’ll come to the best plan to navigate through volatile markets and possible recessions a little later, but first it’s worth a reminder that a recession is part and parcel of a dynamic economy. It’s not pleasant, but they do happen from time to time.

Technically, a recession is two consecutive quarters of negative growth. This seems odd to think about negative growth so soon after coming out of the global pandemic and getting “back to normal”. In fact, by all accounts from the Reserve Bank the Australian economy is in pretty good shape…

So why are market commentators now talking about a recession? It all has to do with inflation.

As the world started to recover from the pandemic financial markets started pricing into their forecasts that interest rates would soon rise, given that central banks would stop their QE (quantitative easing) programs and economies would return to normal.

But something that hadn’t been seen for some time appeared rather unexpectedly – inflation! This took markets and central banks by surprise, and initially central banks assumed that this wave of inflation was “transitory”, caused by bottlenecks in the economy related to the pandemic.

It soon became apparent that global inflation was more enduring than first suspected. Adding to this was the conflict in Ukraine and a fresh round of Covid in China, which added to increasing energy and food prices, thus pushing up inflation numbers even higher.

This caused markets to quickly assume that interest rates would rise much higher and faster than central banks were letting on. The effect of re-pricing expectations around inflation and future interest rate rises meant that bond yields rose sharply, causing bond prices to fall dramatically. Year to date, the Australian bond index is down nearly 8%. This has been the worst year to date returns for bonds ever.

Expectations around rising interest rates also rattled equity markets. At the start of the year most global markets started to retreat from their 2021 year-end highs. Despite a very poor January, markets did start to recover somewhat, but then Russia invaded Ukraine and the markets sank again.

Since the start of the year the Australian market is down by 2.5%, but that’s good in comparison to other markets – the Developed and Emerging markets are down over 14% and 12% respectively. And in the US, where stocks were the most expensive, the main US market indicator, the S&P500, is down around 18% while the tech heavy Nasdaq 100 is down over 25% – that’s what they call a bear market.

When inflation hits, central banks really only have one tool – raising interest rates to curb spending. It’s what they call a blunt instrument – it may dampen discretionary spending (new cars, new TV’s, etc) but doesn’t do much for non-discretionary items (petrol, food, etc.)

In fact there are only three outcomes that can result from central banks by trying to cool an economy through rising interest rates:

The Reserve Bank and other central banks succeed in bringing inflation under control quicker than most anticipate, and don’t have to raise rates as far as many now fear. Growth slows down a bit but never dips into a recession.

2. A hard landing – that’s a recession and that’s bad

Central Banks raising rates too quickly (tightening monetary policy) squeezes the life out of the economy swiftly, even as it brings inflation under control. As a result, the economy has a period of negative growth, rates stop going up, and instead central banks have to pivot yet again and start easing monetary policy.

3. Stagflation – that’s really bad and something we won’t contemplate here

This is the worst case where Inflation keeps rising despite central banks’ best efforts, and that means rates also keep rising. Inflation combined with higher rates is a bad situation, but not many economists think that stagflation is a likely scenario.

Central banks have the delicate task of raising interest rates into the Goldilocks zone – not too fast, not too slow.

So as an investor, what should we do?

The first thing to do is to tune out the financial media noise. While you may hear the word recession, remember it doesn’t mean we are going to have one. Nobody knows what will happen in the next few years, and of course the Reserve Bank and other central banks will be trying to get those interest rates into the Goldilocks zone – high enough to reduce inflation, but not so high as to put the economy in a hole. For all we know, prices have re-adjusted with all the current expectations around future inflation, employment, and interest rates. From here on in, stock market prices may go up as much as they may go down. Certainly, we know that in the short term interest rates will go up, so there are no surprises there.

Similarly, bonds have had a tough time these last few months, and bond investors have worn the pain. But from here on bond yields may come down a little and bond prices go back up.

So, with that, what should you do with your portfolio going forward?

What is the best plan to manage uncertainty?

Have a portfolio that is well diversified, stay disciplined, and remember you are investing for the long run. Recessions don’t tend to last that long, and bear markets don’t last that long either.

Finally, keep in mind the role of bonds in a balanced portfolio – while they have had negative returns year to date they still provide a defensive cushion against a falling stock market. Typically, when stocks do really badly, bonds do well.

In over 30 years of returns there has only been one period where on an annual basis both stocks and bonds were negative – and that was way back in 1994. Of course, that can happen again, but it’s worth noting that in 1995 bonds were up over 18% and stocks were up just over 21%.

Timing markets is hard. Warren Buffet once said that he can’t time markets, and he doesn’t know anyone who can. The stock market will experience swings and roundabouts but stay focussed on your goals.

Stick with a long term investing strategy, no matter what the market – or the economy – may do.

It’s likely to take many years yet for the financial advice profession to regain the trust of the Australian public after the damning findings of the Hayne Royal Commission. The good news, says ROBIN POWELL, is that it finally seems to be turning the corner. But, he warns, you still need to be very cautious when choosing which firm to work with.